We're Getting Mutants in the MCU - The Loop

A straightforward class with a wide equipment selection, the best HP modifier in the game, excellent natural accuracy and strike # modifiers, further enhanced by its Master skill, the Fighter is a simple but effective attacker. Their XP curve, second-fasted in the game after the Thief, means they'll also have a level advantage over other martial classes.

The Fighter must rely on their physical prowess, as they learn no spells naturally and possess no command skills. Because of this, they can struggle in situations where physical attacks are not ideal, especially in the midgame. Early on, their HP and accuracy advantage is immediately felt, and in the postgame their EX Skill coupled with several Fighter-exclusive weapons sends their damage through the roof. Fighters are best suited to the front row, where they can take hits more effectively and use their strongest weapons.

Several of the strongest weapons and armor for Fighters are male- or female-exclusive, so it's inadvisable to make a ? gendered Fighter. 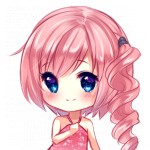