The final dungeon of the game´s storyline, this is where the dark ritual to bring forth the Dark Gods is being performed.

The first floor consists of a prison where the party can meet a friendly elf named Layer, who may join as a sixth party member. But only in the dungeon.

The lower floors contain all sorts of traps and obstacles: dark zones, anti-magic zones, warps,non-teleporting zones, pits and chutes. The final floors have a wide plethora of dangerous monsters that will hinder the party´s progress until you make it to the chamber where one of the Dark Gods himself resides. 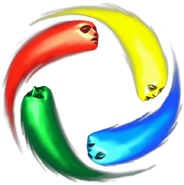 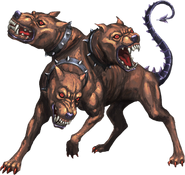 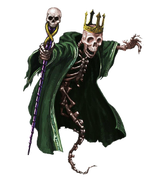 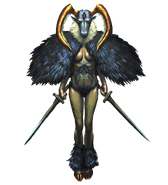 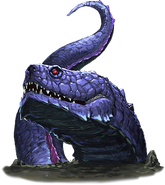 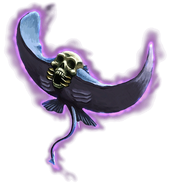 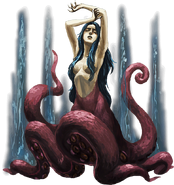 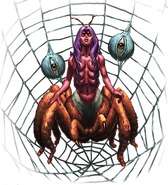 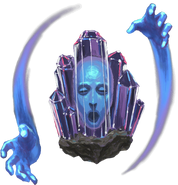 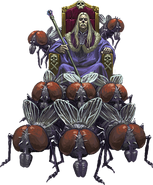 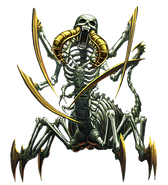 Quest given by the King, you must head to B6F and defeat the final boss. Once you do, return to the king to receive his thanks and the credits will roll, thus finishing the game´s main storyline.

Note: the final boss is accompanied by a single La Flaneuse, several Vampires and Vampire Lords.

The party must find a bell B2F (x3,y4);then you must find several books scattered through the floor, and read them. Return to the room with the bell and fight a Samael.

This quest must be activated by overhearing a person at the tavern talking about some man-eating spiders at the dephts of the Sanctum. Head to B4F and search all over the area until you find many spider eggs.

Upon investigating the eggs, you will trigger a fight against an Arachne, defeat them all to complete the quest.

Once you defeat the final boss, you will unlock two extra dungeons: Soldier of the Giant Gods and Cave of the Ancients, as well as an additional storyline.

The player can try to steal extremely dark and powerful Dark Crystals from the final boss, however, this is the only opportunity to do so.

The Hellmaster is back!

This is it...the final boss! Give it your best!

This is just impossible!