The eleventh dungeon, the Royal Tomb resembles a mausoleum and has many traps, such as pits, anti-magic zones and dark rooms. Most of the monsters found within the tomb are undead and ghosts.

The party will occasionally stumble across an invisible monster that cannot be defeated by normal means, unless a special item is found within the dungeon. 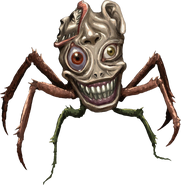 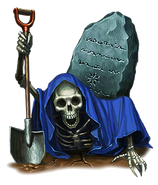 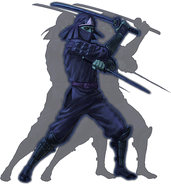 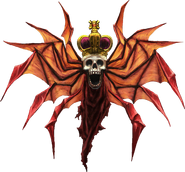 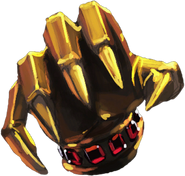 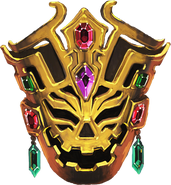 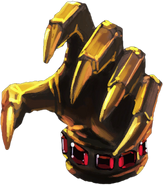 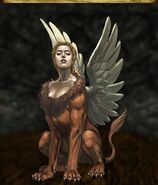 After the party is attacked by the Invisible monster for the first time, run away and head to 2F East (x6,y17) to obtain the Soul-stealing Mirror. Head back to 1F West, find the invisible monster and use the mirror on it to reveal its true form and defeat him.

The Royal Tomb is considered as one of the most confusing and hardest dungeons because of its maze-like estructure and puzzles. It is also one of the biggest dungeons.

This dungeon shares the same music theme as the Caves of Tsun-Kurn, the same goes for the Dezaporlia Tunnel.

What happened to the treasure!?

May the heads start rolling...

Searching for the lost sword